How To Plan A Cheap Wedding In 7 Easy Steps

10 Easy Easter Recipes Without The Fuss

Calling all home cooks! This Instant Pot guide will transform the amount of time you spend in your kitchen, and the food you prepare will make you a superstar in your family’s eyes.

Even though I sound a bit like a 1:00 a.m. infomercial, it’s true! I’m talking about the “Instant Pot.” This term refers both to a brand as well as a new type of pressure cooker. You’ll be ready for these 3 amazing recipes after reading this Instant Pot guide!

If you’re looking for some more amazing recipes, check out this stuffed mushroom recipe.

So, I have been using the old-fashioned pressure cookers for years. I have canned in them, I have prepared huge amounts of foods in them, and I have even prepared small roasts for our family of four. Preparing foods by pressure cooking, when done correctly, builds on this concept: when your cooker is sealed, it builds up all this pressure inside, and at the same time, locks in the air and heat. As your food cooks, it stays amazingly moist, resulting in tender, fall-apart meat and perfect vegetables. All the flavors meld together, and you’ll do your happy dance in the kitchen.

Cooking with a pressure cooker also enables your food to cook much faster than it normally would. What might take an entire day for you to prepare on your stovetop or in your oven might take only 30 minutes or so in your pressure cooker.

But here’s the downside: these older types of pressure cookers, with the little bouncing tops on the lids, are fairly tricky to moderate. I never left the kitchen when I used one. I would keep my eye on the pressure gauge to make sure it didn’t go too high and risk something bad happening, or go too low and my food not turning out the way it should. I would turn the heat up, and if the gauge started getting too high, then I’d turn the heat down. So even though I liked the results the pressure cooker gave me, I really didn’t like having to stay in my kitchen to watch the cooker and its gauge.

Enter the mid-21st century “pressure cooker:” the “instant pot.” This new type of pressure cooker is completely digitalized. It senses what you’re cooking. It automatically sets the time and keeps the pressure at just the right place. So even though the cooking concept is the same as the previous way of using a pressure cooker, the new cookers are so incredibly easy to use. We’re talking no fear! Walk away and let it do its thing.

As I mentioned earlier, one brand of these new types of cookers is called the “Instant Pot.” Several of my friends own this particular brand and are happy with it. But the term “instant pot” is also becoming more of a generic term for these new pressure cookers, so I own an “instant pot,” but my girlfriend owns an “Instant Pot” (Confused yet?). 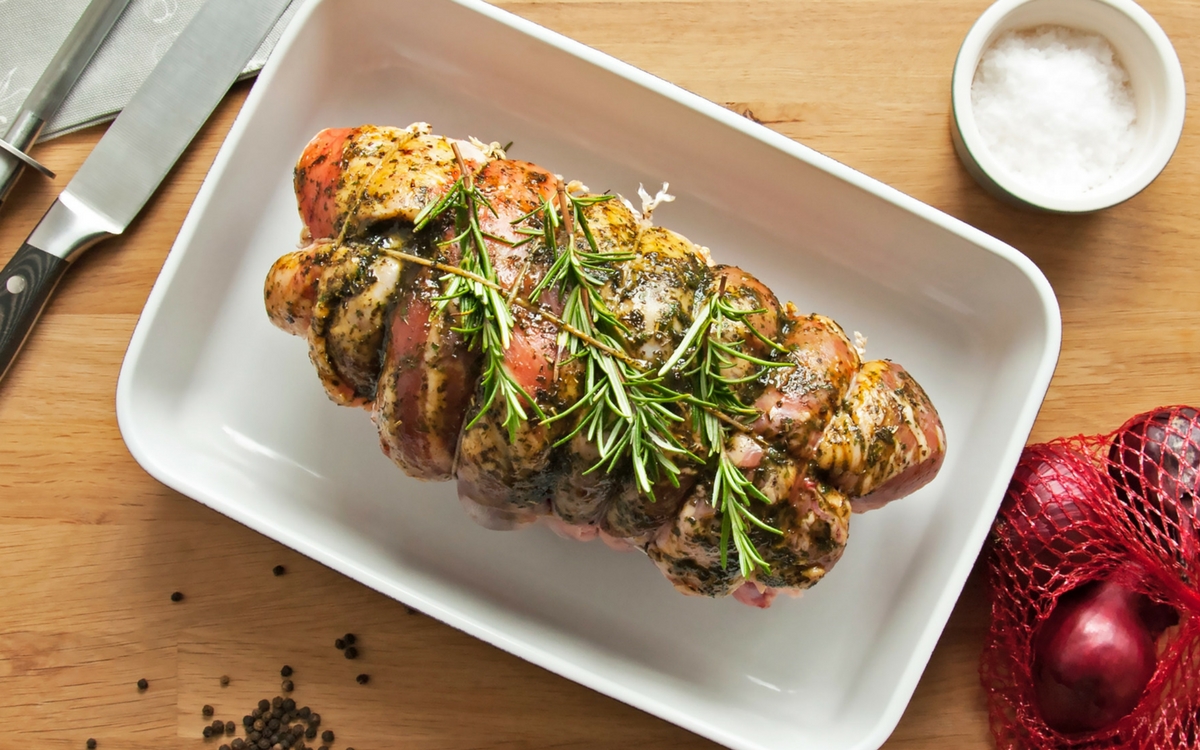 I went to my local department store who carries the “Instant Pot.” Too expensive there. They also had in stock a Cuisinart pressure cooker, or instant pot. That one was too expensive for me, too.

Since I had just purchased a Costco membership, I checked there. I hit gold! I purchased a Tri-Star Power 10 quart (a big one!) pressure cooker for an amazing $66.00! Now I’m doing a happy dance.

After reading through this Instant Pot guide, you’ll be ready to start cooking! Here are three Instant Pot recipes I made the same week I purchased my pressure cooker:

After reading through this Instant Pot guide, you’ll want to make this recipe right away! While at Costco picking up my new instant pot, er, pressure cooker, I grabbed some baby back ribs, a three-pack, to be exact, since everything’s big at Costco. At home, I divided all the ribs into three (I counted three rib bones and cut, three rib bones and cut, and so on). There was a lot of meat on these ribs! I stuck them in my new cooker, threw in some Sweet Baby Ray’s and a cup of water.

I followed the instructions on how to close the cooker. I set the time for 30 minutes, and I ended up with fall off the bone tender, juicy ribs—enough for a group of seven couples to enjoy! Now, you don’t have to cook so many ribs. You can cook enough for one meal. It’s the same process AND the same results.

Pot roast seems to be a dish that everyone enjoys. Even the pickiest eater likes to sink their teeth in juicy roast beef and perfectly roasted vegetables. I happened to make pot roast in my new cooker for 12 college students. I purchased a five-pound chuck roast (again, thank you Costco). I browned the roast in some oil IN MY COOKER. Then I added my vegetables, some tomato juice for a bit more flavor, some onion, and a cup of beef broth. Again, I closed the lid and set the timer for 60 minutes.

Then I left the kitchen (I love that I could leave!). After the timer went off, I waited 10 more minutes. Then I adjusted the pressure valve to “quick release.” Then I had the most juicy, perfect pot roast I had ever cooked. I might be a superhero in the eyes of these college students. I’m glad they like me! Once again, you can get the same results in smaller, family-sized portions. 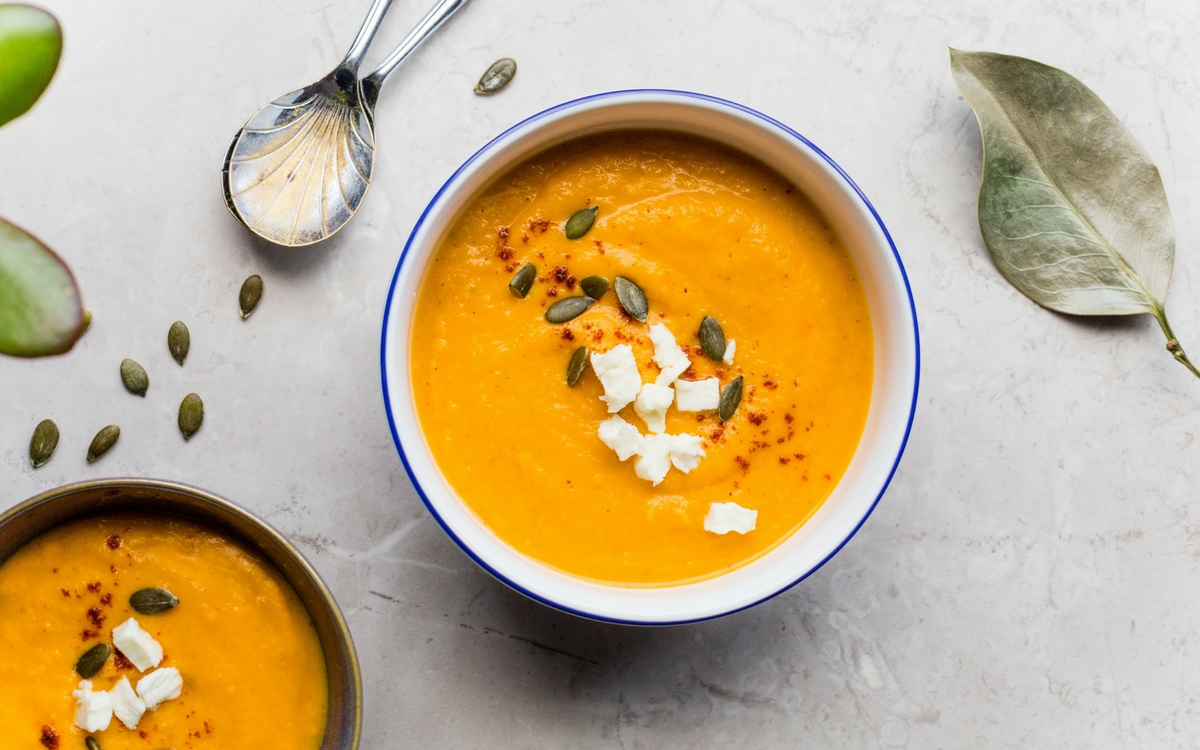 I’m the only person in my family who likes this soup, so after the third or fourth time I threw away a huge amount of it, I stopped making it. I tried a smaller portion in my new instant pot, and I am very, very happy with the results.

Previously, I would purchase an entire butternut squash, get my knife stuck in it when I would try to slice it in half, and eventually I would manage to get it roasted in the oven an hour later. Then I had the rest of my work cut out for me.

This time, I purchased a small bag of frozen butternut squash from Wal-Mart and placed it in the food processor.

After the squash was pureéd nice and smooth, I transferred it to the instant pot. I added ¼ cup of pumpkin puree, 1 tablespoon of butter, 1 cup apple cider, and 1/2 cup chicken broth. I sprinkled in some salt, pepper, and 1/8 tsp. chili powder, I closed the lid, and set the timer to 5 minutes.

After the 5 minutes, I released the steam (called a “quick release), took the lid off, and added 8 ounces of evaporated milk. I closed the lid, clicked “warm,” and a few minutes later, I had my perfect bowl of butternut squash soup. Creamy and delicious!

I can’t wait to do more with my new pressure cooker. I may never go back to the stovetop! I have many more recipes I want to try. I have the white chicken chili recipe, the apricot chicken, the pulled pork and brown beans….

What’s your favorite meal? Follow this Instant Pot guide and try making it in the new instant pot!

Tammy Tilley, mom of two adult children, cares deeply about parenting issues. Although she’s looking in the rearview mirror of her hands-on parenting days, once you’re a parent, you’re always a parent. She enjoys sharing a few memories and a touch of advice about spending energy on the things that matter. Tammy has a BA in English from Anderson University (IN) and a MS in Education from IUPUI.