5 Fall Salad Recipes That Will Steal The Show At Thanksgiving

3 Easy DIY Fire Pit Ideas You Can Make This Weekend

The year was Y2K, and the only strange thing occurring was upper 70-degree weather in Northern Indiana during late January. By then, our typical weather pattern included a foot or two of lake-effect snow, white-out winds, and school closings. But not in the year 2000. On January 29, we were in t-shirts and shorts when we looked into some DIY fire pit ideas and decided to make our own fire pit to roast hot dogs and make s’mores.

If you’re dreaming of spontaneous cook-outs with your children, yes, even during winter, you don’t have to go to extremes in making your own fire pit. If you’re a mason or wanna-be mason, go for the fancy stuff! But if you’re like we are and simply desired a cozy campfire to gather around, read on for three quick and easy DIY fire pit ideas. 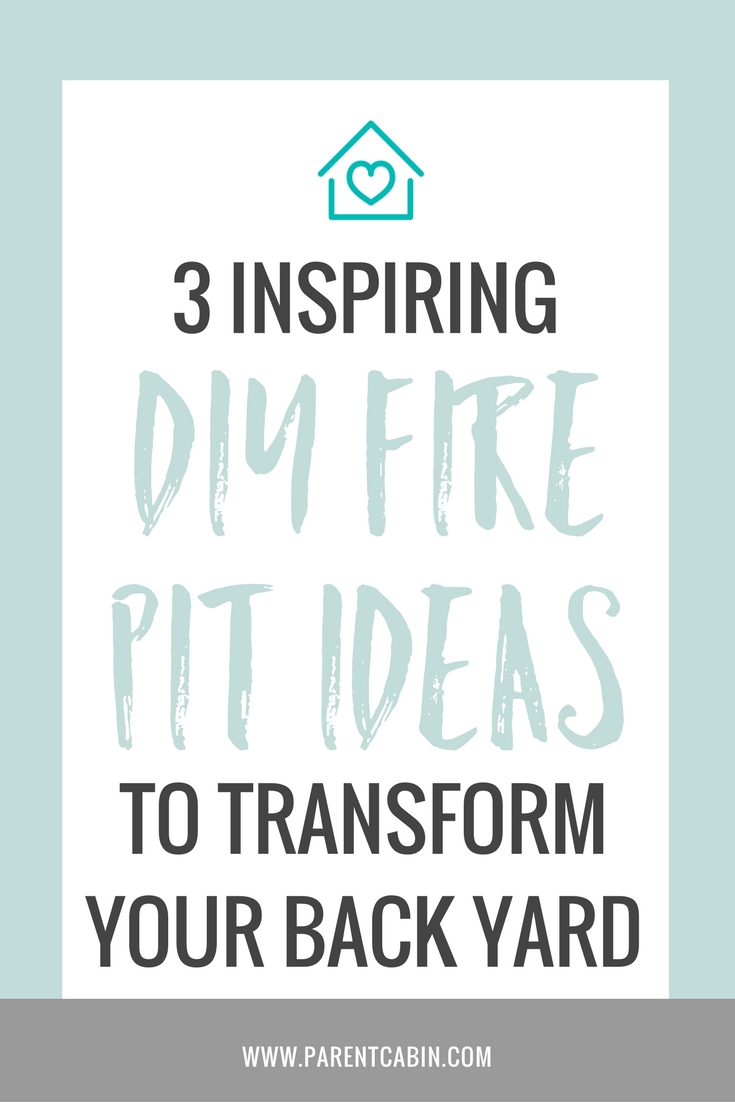 This one pretty much describes what we did on that unusually warm January evening. Hubby made a 40-inch circle on the grass with spray paint. Then he grabbed his trusty shovel and dug about nine inches deep. He also took the top grass off of the area for a few inches out. The kids and he (ages 4 and 2 at the time) helped him lay field rocks around the perimeter of the hole, and that was it. Super easy. Within an hour we had the fire going and hot dogs on skewers.

Full disclosure, we did lay some pea gravel around the pit when spring came, just to keep more grass away from the flames. But that winter, we actually enjoyed a couple of campfires before the typical snowstorms came billowing in.

Since 2000, we moved to a different home out in the country, and we needed yet another fire pit to enjoy. Again, nothing fancy here, but we did put a little more effort into this one, making it bigger, as we knew we likely would host gatherings around the campfire.

First, we chose our location, and again, we took off a layer of grass. This time we laid out landscaping cloth and then covered the area with about two inches of pea gravel.

Hubby dug another hole, this one about 4.5 feet in diameter and about a foot deep. He sort of eyeballed for level ground, as we wanted the next step go be successful.

Once again, the entire family pitched in, and we laid field rocks around the diameter. Our brother-in-law is a farmer who has to remove rocks from his fields. He was more than happy for us to help in that endeavor, so we gathered quite a few and brought them home. These rocks were about 8” in diameter. We laid them out around the circle of the fire pit.

We added a step to this fire pit: Because it was bigger and we were adding layers of rocks, we decided to “glue” it together with cement. We simply followed the instructions on the bags to mix the cement (we used two bags), and using a trowel, we “glued” the rocks together. Again, nothing fancy. Then we would add the next layer of rocks.

We also added a thin layer of sand in the interior of the fire pit, just to finish things off. You can also add a layer of lava rock, if you desire.

We let everything sit for 24 hours. The following evening, we gathered sticks for kindling, invited our new neighbors over, and had a delightful time around the campfire. Bonus: our neighbor brought his guitar and taught us some campfire songs!

If you don’t want to go quite as rustic as we did, but if you still want to keep things simple, consider this Fire Pit Kit we saw at Lowe’s (no affiliate sponsorship). Everything you need to make a simple fire pit is included and costs about $200.00.

These three DIY fire pit ideas aren’t for everyone as the end result really is to have somewhere we can gather. If you want something more sophisticated, it’s certainly out there.

We also never left our children unattended, as these fire pits were not built up very tall. They were a safety hazard, but then again, fire always is, regardless of how they are housed.

There’s something magical about gathering around a fire. We loosen up, get silly, sing some songs, and make up some stories. Since that last fire pit, we have moved again, this time to an entirely different area void of lake effect snow. The kids are grown, and we have no fire pit.

I think I’ll ask Hubby to build one. Maybe the kids will come home for an evening. We’ll make hot dogs and s’mores, and we’ll also make new memories. 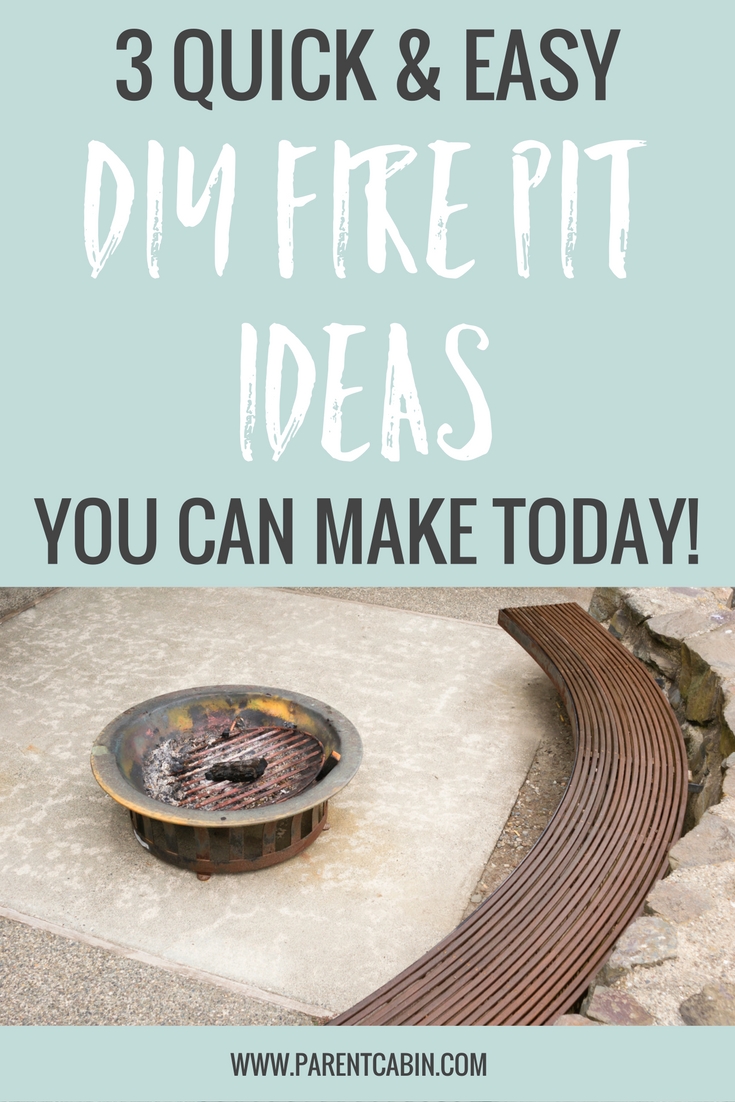 Tammy Tilley, mom of two adult children, cares deeply about parenting issues. Although she’s looking in the rearview mirror of her hands-on parenting days, once you’re a parent, you’re always a parent. She enjoys sharing a few memories and a touch of advice about spending energy on the things that matter. Tammy has a BA in English from Anderson University (IN) and a MS in Education from IUPUI.